WIPO Sequence and ST.26 Knowledge Base

How to annotate uracil in a DNA sequence

This how-to article describes how to annotate uracil after importing in the ‘WIPO Sequence’ software a ST.25 sequence listing that comprises both ‘u’ and ‘t’ bases.

WIPO ST.26 prescribes in paragraph 14 that:

“The symbol “t” will be construed as thymine in DNA and uracil in RNA. Uracil in DNA or thymine in RNA is considered a modified nucleotide and must be further described in the feature table as provided by paragraph 19.”

and then in paragraph 19 that: 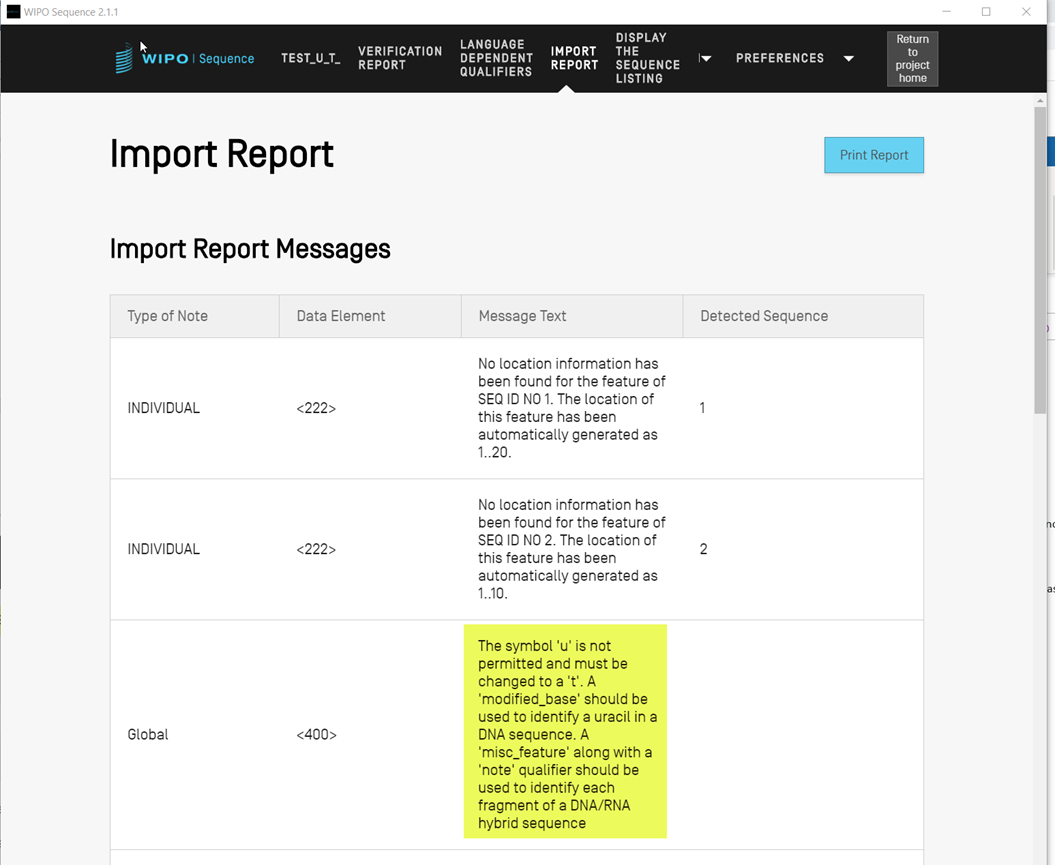 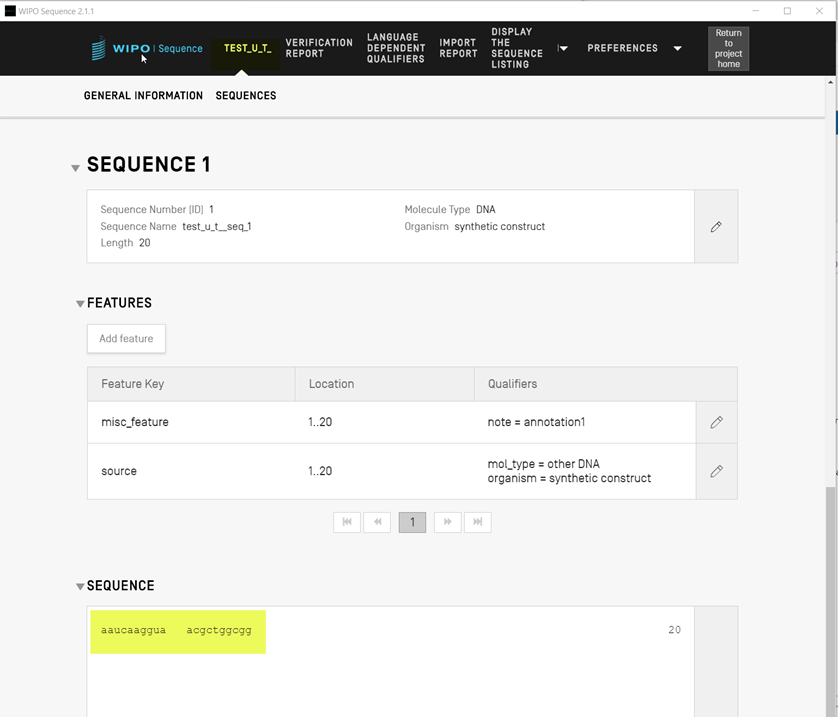 2) Validate the project and note the errors reported in the verification report.

3) Replace the 'u' symbols noted in the verification report 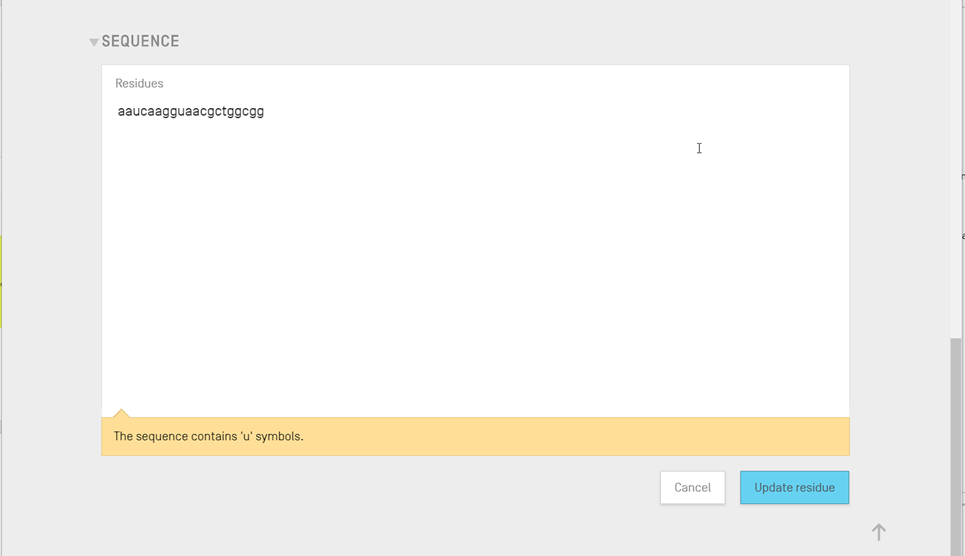 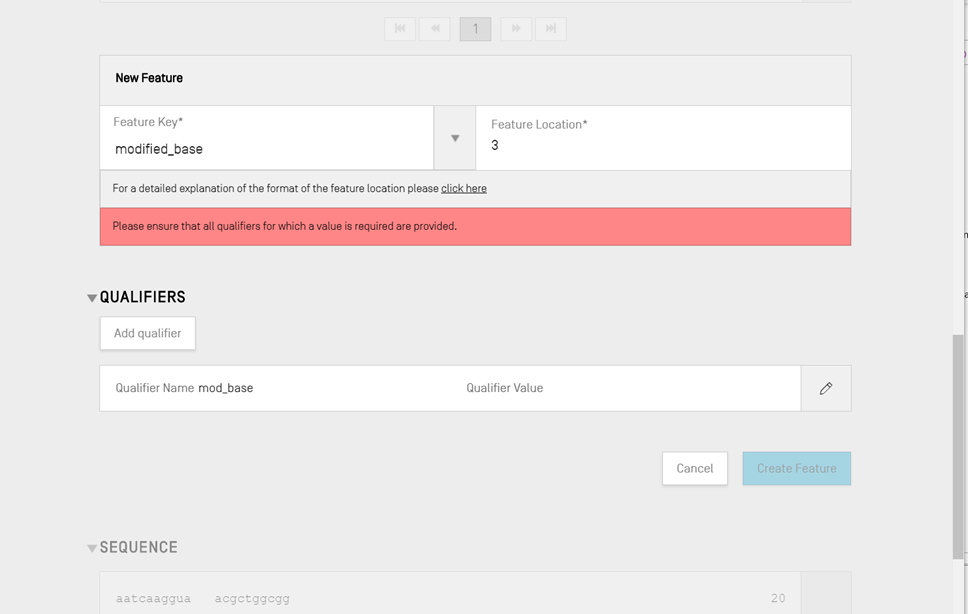 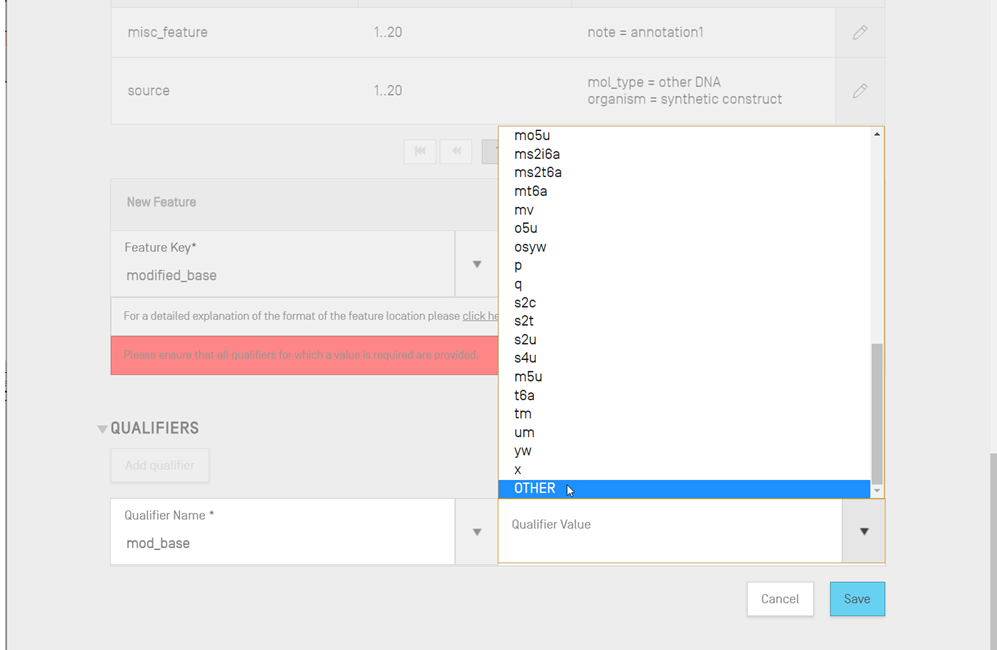 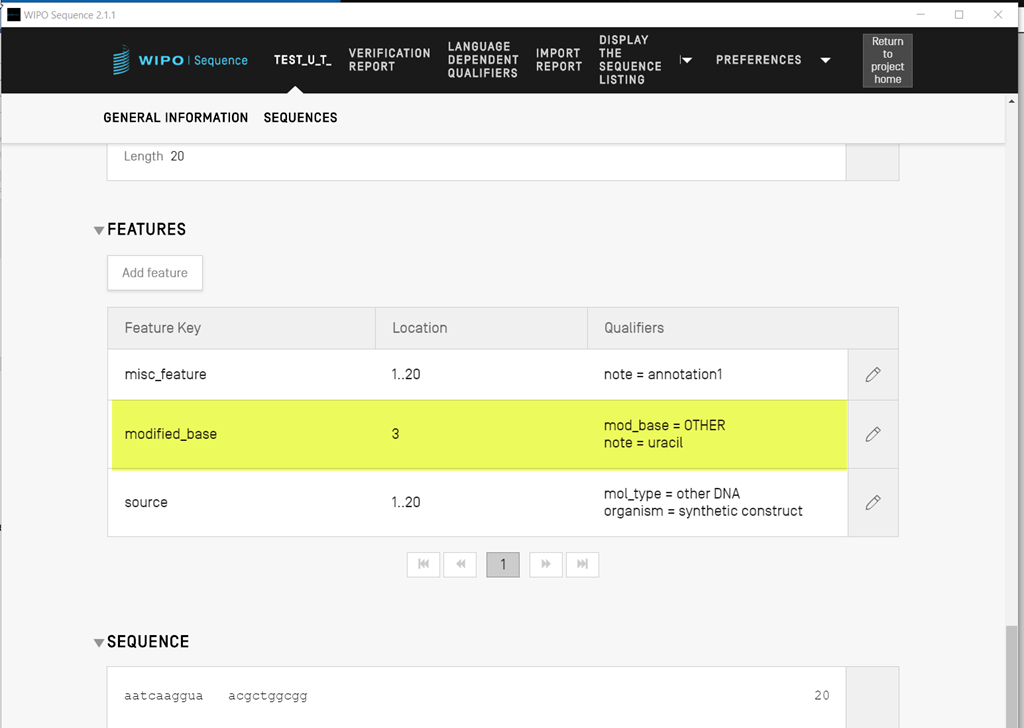